Based on the ’77 Topps design. Found here.

Baseball Card of the Year: 2012 Topps Update #US272 Variation

This card’s photo by Otto Greule Jr. captures the most bittersweet moment I’ve ever experienced at the ballpark. It happened this past July 23, the day the Mariners traded Ichiro to the Yankees, just before his first plate appearance in a non-Seattle uniform. He was no longer a Mariner, as he had been for the previous 11-1/2 seasons, but his bow to the Safeco crowd spoke volumes about his respect for the Seattle fans. Thinking about it now, I still get a bit choked up. 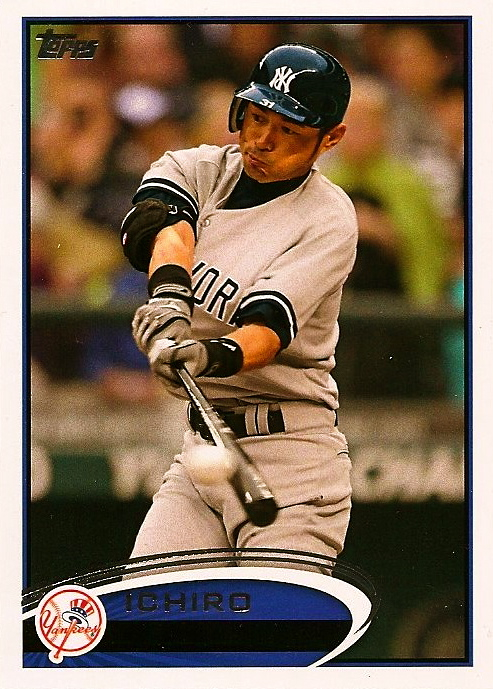 This is the first Topps card of Ichiro in a Yankee uni.

Based on the ’72 Topps design.

Based on the ’74 Topps design. Found here.

Above, a 1961 Topps replica knockoff; below, a sketch… 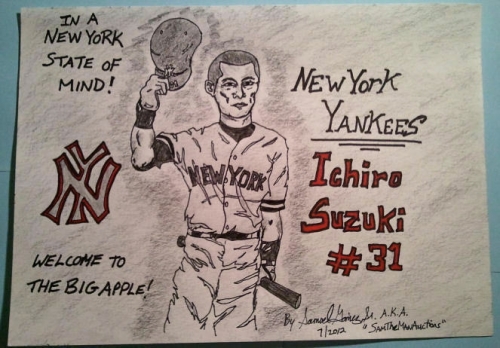 I dig this ’82 Topps knockoff…

And one more illustration…

These should be out next month. 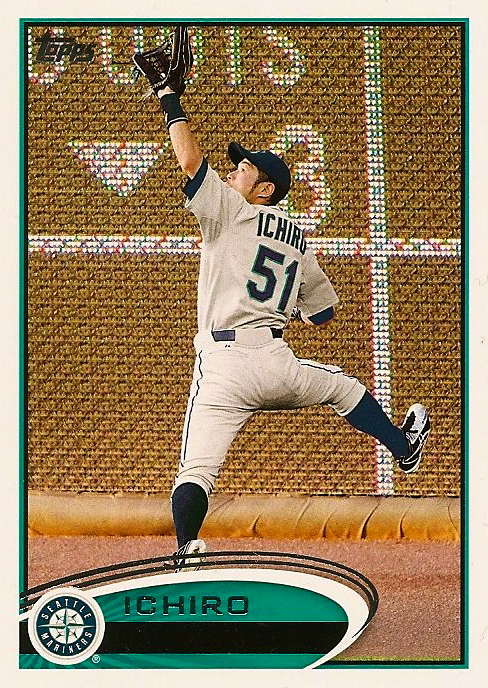 Pardon the redundancy, since we’ve already seen this card’s photo here and here.

It’s based on a sticker set Topps issued in 1967. (Yeah, this baseball-card size sticker has edges; you just can’t see ’em here.) 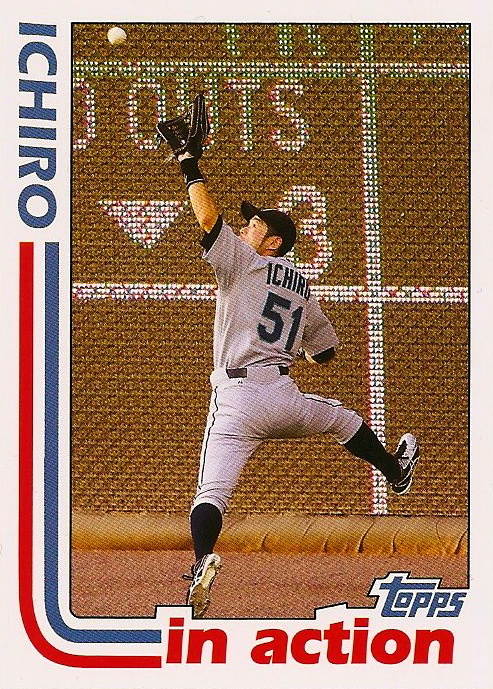 Based on the ’82 Topps set. I wish it had a unique photo, instead of the one already used on other 2012 Topps cards. 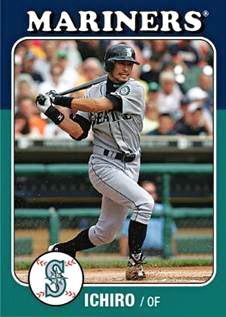 At least I think this version of a ’75 Topps card is a “fake,” as in, I’ve never seen it anyplace other than here.

Based on the ugly-ass 1984 Topps design.

These appear to be sponsored by Tongari Corn, whose ads Ichiro has appeared in. Perhaps they were promotional giveaways? 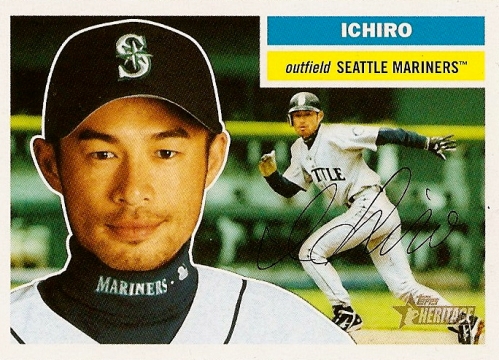 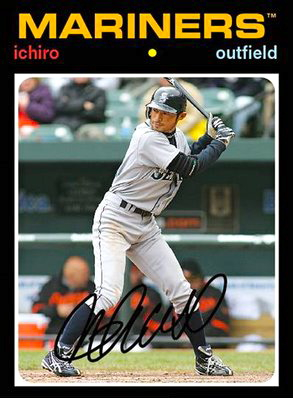 Too bad it ain’t real, ’cause it’s a beaut… Read about it here. 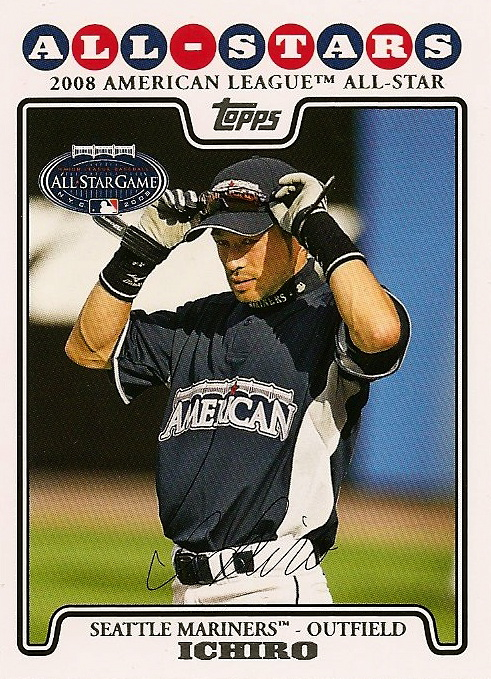