Not sure what’s happening here, but the site where I found this is NSFW.

There are also versions in Cambodian and Vietnamese… See my entire collection of Mariners pocket schedules on flickr. 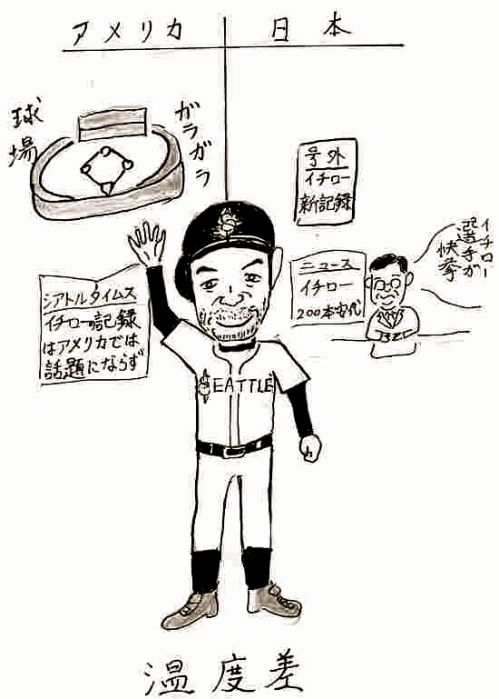 I don’t remember where I found this.

“Ichiroll” is a cutesy name for a sushi roll you can get at Safeco Field’s Ricenroll concession stand, near section 137. 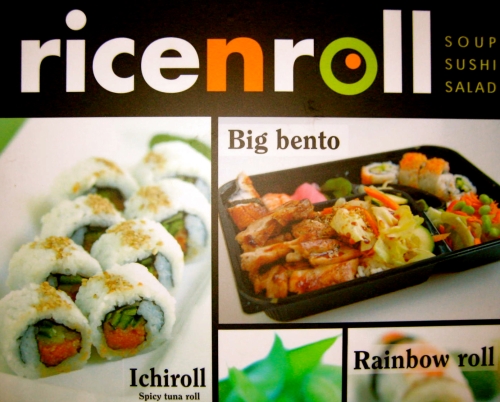 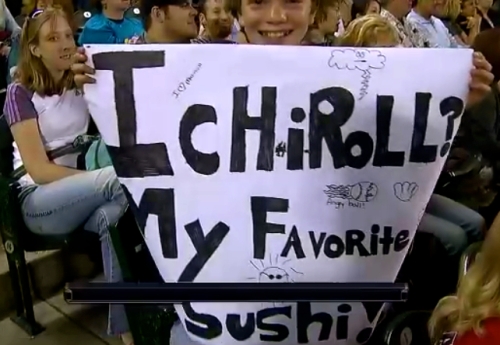 I’d never seen these ’til a few days ago, when I came across ’em on eBay with about 90 seconds left in the auction. As the lone bidder, I won the deck for a mere $4.99 (plus $5.50 shipping). They’re from Japan, issued sometime in the ’90s, and sponsored by Nissan — perhaps a ballpark giveaway?

Below, on the left, is how the backs look (sorta like a pinup from a Japanese Tiger Beat). The joker cards (right) look like a silhouette of Bart Simpson taking an airbag to the face…

That Nissan Ichiro airbag logo also appeared in this TV ad from an earlier post. A sampling of the other face cards…

And a close-up of the little logo that’s on every card, reading: “Come on! Over the top! You can do everything.”

Baseball Card of the Week: 2011 Topps Lineage (no number) 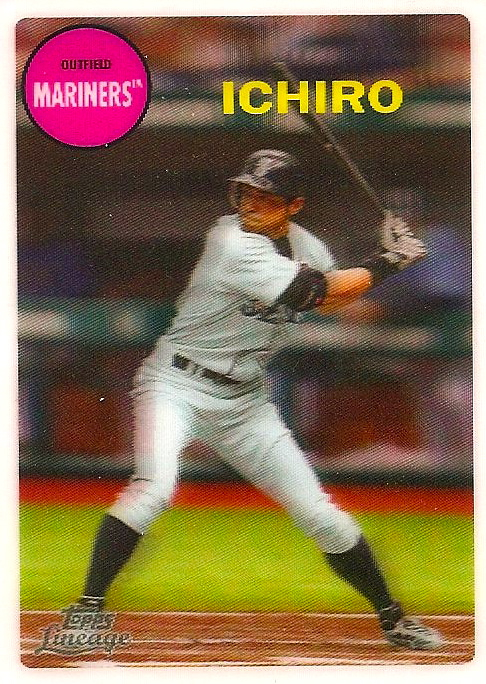 Another new addition to my collection, a semi-accurate 3-D take on the 1969 Topps design. 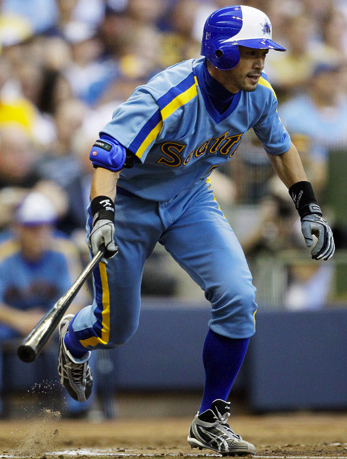 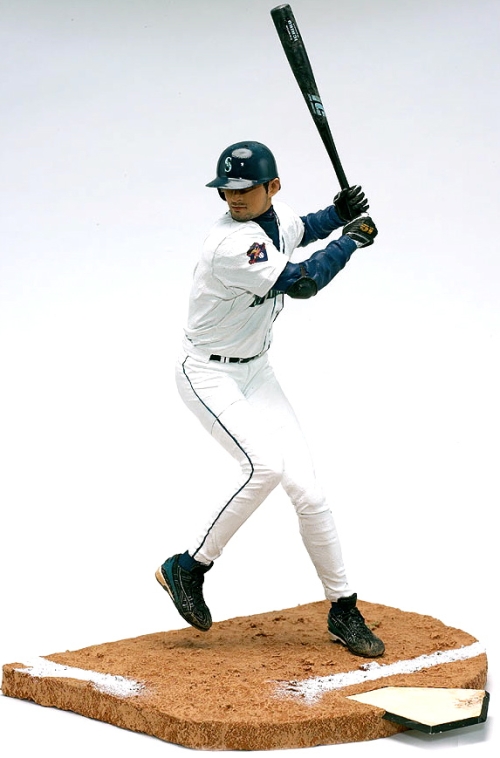 And the Ichiro Haiku Contest Winner Is…

Kyle Lafreniere, who submitted this gem… 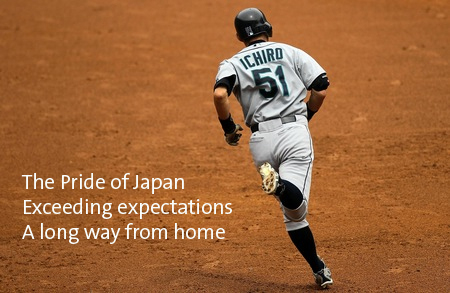 Alright, so maybe Ichiro’s isn’t even meeting expectations this year, but considering his otherwise stellar decade in the American bigs, this haiku rings true. Plus, I dig how it captures Ichiro’s international career arc in such a simple, concise style. Congrats, Kyle — contact me to collect your prize.

Overall, the Ichiro Haiku Contest received a total of 31 entries, not counting a couple of overtly racist haikus sent in by some stupid asshole. As for the other also-rans…

The very first entry, posted by “Roger,” would’ve been the shoo-in, but it lost on two technicalities… Can you spot them?

First, it misquotes Ichiro’s original misquote in his infamous Bob Costas interview: “August in Kansas City, it’s hotter than two rats in a fucking wool sock.” More accurately, it corrects Ichiro’s misquote, but Ichiro’s misplacement of “fucking” makes the phrase all the more entertaining… Second, it doesn’t fit haiku’s 7/5/7 syllable pattern, so it would’ve been disqualified anyhow. Still, it cracked me up.

Torturing pitchers
with death by a thousand hits
Ichiro is feared.

Japan’s native son
Has great speed and quite an arm
We love 51!

Thanks everybody who entered; also thanks to Paul at the kickass Uni Watch, whose link to my contest page generated the bulk of these entries. Finally, thanks to the lovely Eliza for the quickie Photoshop job above.