From his Orix days.

The product is called Tongari Corn, which is the Japanese brand name for Bugles. 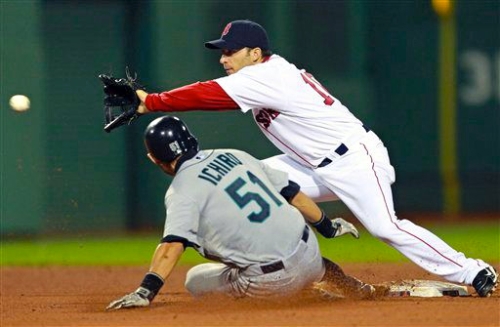 If Ichiro appeared on South Park, I imagine he’d look like this… I snapped this photo in Safeco’s right field seats at a game last year. 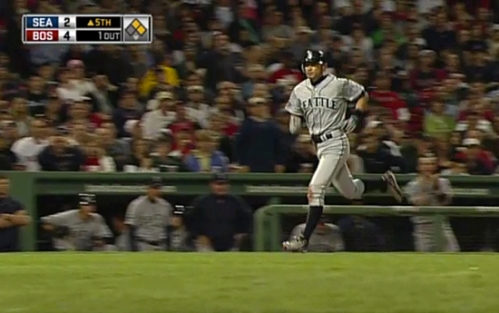 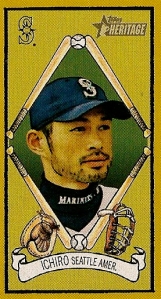 A mini-card, based on some turn-of-the-century design.

Behold, all two pages of the second and final issue of Ichiro-Man, again written by Jim Caple, illustrated by J-Peg, and appearing on ESPN Page 2 in 2001. Also, like Ichiro-Man #1, it’s actually more like a digital fotonovela than a comic, but as I said before, close enough. 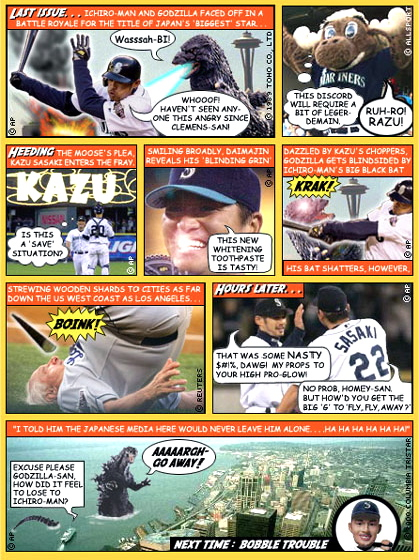 In these two spots (unembeddable), Ichiro appears to enjoy hanging out at gas stations as Dr. Drive helps out pretty girls.

In another, watch as Dr. Drive washes Ichiro’s car.

Finally, on a site called Woopie is an ad with Ichiro sitting on the roof of an Eneos station, though I can’t get it to play.

Behold, all two pages of Ichiro-Man #1, written by Jim Caple and illustrated by J-Peg, which appeared on ESPN Page 2 in 2001. It’s actually more like a digital fotonovela than a comic, but close enough.

Stay tuned for the thrilling conclusion in Ichiro-Man #2.

In the early ’90s, when Xola was known as Kid Sensation, he recorded the hiphop tune “The Way I Swing” with guest rapper Ken Griffey Jr. Unlike The Kid, Ichiro doesn’t rock the mic on “Ichiro!”, but Xola did get him to license his name to this song, which was played at Safeco Field and sold locally as a CD single during Ichiro’s 2001 rookie season. The disc was then released in Japan in 2002, featuring four tracks: the original version, a new 2002 version, the “Club Groove Remix” and “Mad Flava Remix” (at least one of the remixes was by Sir Mix-a-Lot). The track again appeared on the 2009 Kid Sensation CD Back Home. According to this, “Ichiro reportedly thinks the song is ‘cool.'”

Here in Seattle this weekend, Ichiro once again squares off against fellow former NPB ballplayer and noted pornography enthusiast Hideki Matsui. To commemorate, here’s a 2011 painting by beefteriyaki. Though Matsui is now on the A’s, Godzilla’s pinstripes harken back to when he was a goddamn Yankee. 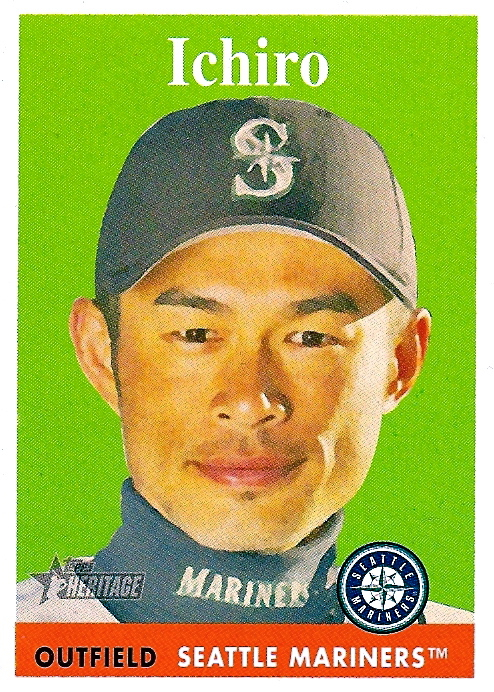 Yet another favorite, modeled after the 1958 Topps series. 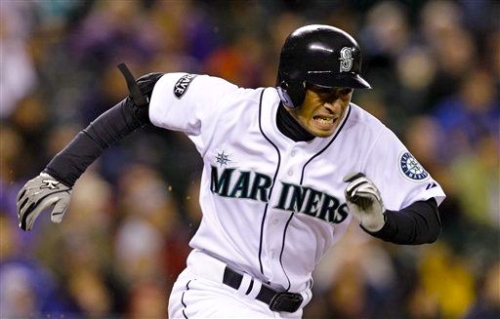 Charcoal Seattle All Star by panda–kun.